Who is Richard D. Wyckoff?

Richard Demille Wyckoff (November 2, 1873 – March 19, 1934) was a stock market authority, founder and onetime editor of the Magazine of Wall Street (founding it in 1907), and editor of Stock Market Technique.

Wyckoff started as a stockbroker’s runner at the age of 15, became a brokerage firm auditor a few years later, and at age 25 opened his own brokerage firm. The Wyckoff Method he developed of technical analysis and speculation emerged from conversations, interviews and research of the successful traders of his time, Jesse Livermore, E. H. Harriman, James R. Keene, Otto Kahn, J.P. Morgan, and many other large operators of the day.

Wyckoff’s research claimed many common characteristics among the greatest winning stocks and market campaigners of the time. He analyzed these market operators and their operations, and determined where risk and reward were optimal for trading. He emphasized the placement of stop-losses at all times, the importance of controlling the risk of any particular trade, and he demonstrated techniques used to campaign within the large trend (bullish and bearish). The Wyckoff technique may provide some insight as to how and why professional interests buy and sell securities, while evolving and scaling their market campaigns with concepts such as the “Composite Operator”.

In the October 2002 issue of Stocks and Commodities magazine, Richard D. Wyckoff was regarded as one of the five “Titans of Technical Analysis” alongside Charles Henry Dow, Ralph Nelson Elliott, Wim Delbert Gann and Arthur A. Merrill. And many of Wyckoff’s basic tenets such as Concepts of Accumulation/Distribution and the Supremacy of Price and Volume in determining stock price movement have become de facto standards of technical analysis.

Wyckoff implemented his methods in the financial markets, and grew his account such that he eventually owned nine and a half acres and a mansion next door to the General Motors’ Industrialist, Alfred Sloan Estate, in Great Neck, New York (Hamptons).

What is Wyckoff Method?
The Method was originally developed by Richard D. Wyckoff during the 1930s. He was one of the largest Wall Street traders of his time and also the founder of "The Magazine of Wall Street". He developed a set of principles and techniques, which focused on analysing overall market Demand and Supply and trade alongside market professionals, also known as "Smart Money".


The 3 Laws of Wyckoff 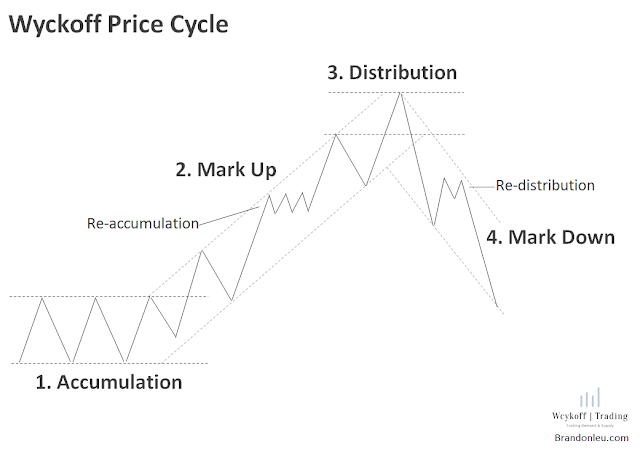 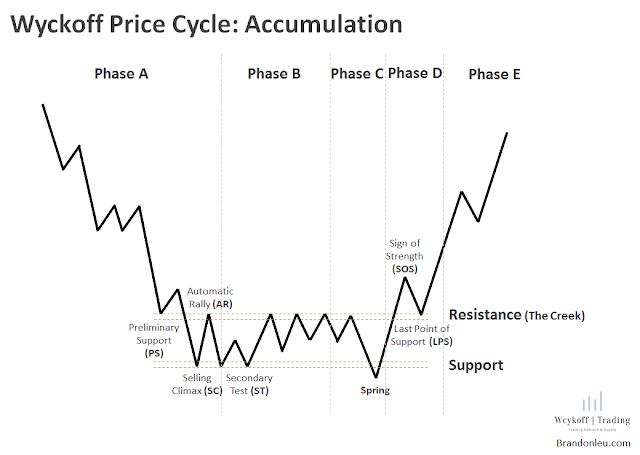 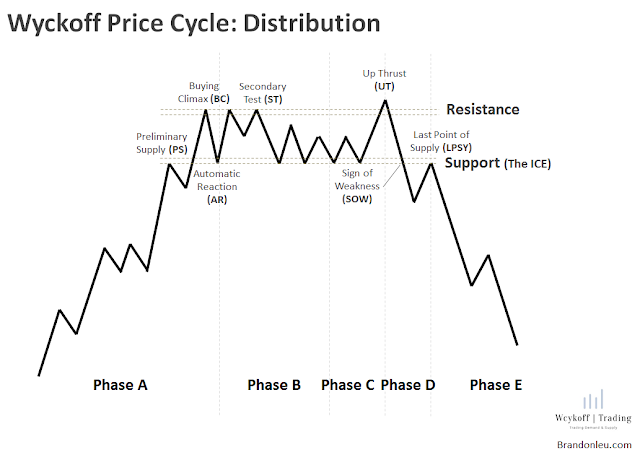 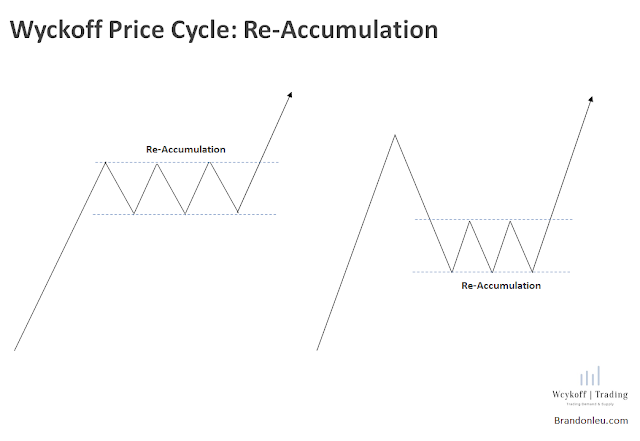 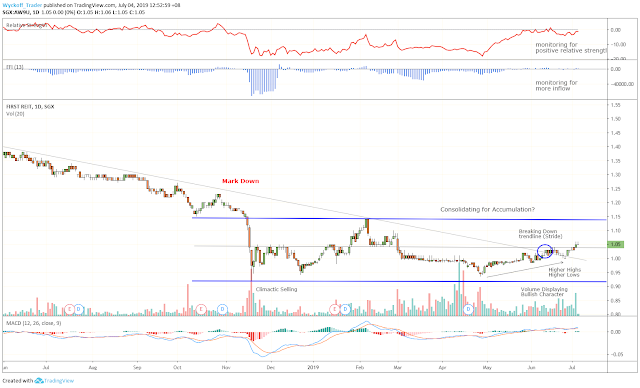 First REIT (AW9U)
Above chart was posted by one of our Wyckoff Telegram community members, I added some comments to illustrate the Wyckoff method.

In summary, we are seeing positive demand and supply factors, suggesting that First REIT is expected to retest its accumulation resistance and further demand will see it breaking out confirms accumulation breakout.

We saw climatic selling and higher high and higher lows within possible accumuation phase, and one of the key observations of demand is breaking of downward trendline (stride).

However, we hope to see the stock outperforming the market (positive RS) and more funds flowing into the counter (increasing FFI) to further establish that current phase is accumulation.

Join us in our next class to learn the Wyckoff techniques in analysis difference phases of a stock price cycle.

DBS Expecting Mark Down
Today, DBS broken below our signal line (Red). We are expecting further mark down as both our Relative Strength indicator are displaying bearish signs.

Our indicators, RS Indicator is below zero, this denotes that stock is trading weaker than the market.

Both RS and FFI indicators are provided to our course participants (no subscriptions required).

DBS (Hourly Chart)
Our Wyckoff class participants will also learn to develop skills of a trader by reading market demand and supply using the Wyckoff Method.

Learning to identify different phases of a price cycle and recognise signs of demand or supply such Buying Climax (BC), Secondary Test (ST), and Signs of Weakness (SOW). 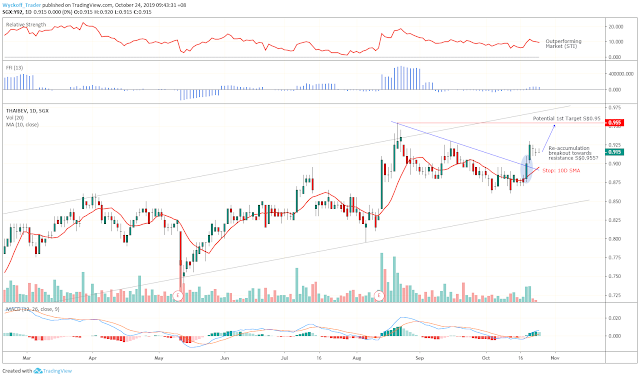 Price broke out of its re-accumulation zone that started since early Sept, it continued to mark up with Bullish character (Rally with increased volume and react with low volume).